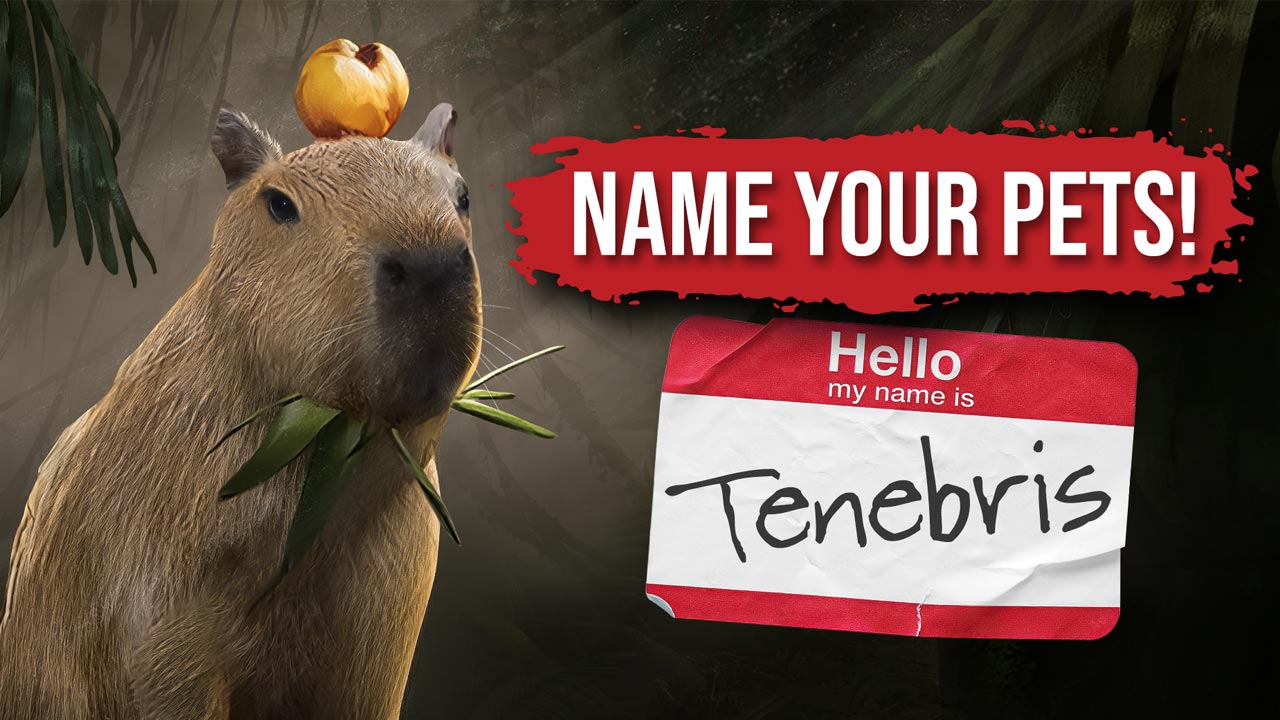 After releasing the Animal Husbandry update, we’ve noticed hundreds of players decided to get back to the game, and many more decided to buy the game right now. We’re really thankful for such a welcoming approach to our ideas!

And today, we’ve just released a new 2.3.5 patch that completes the warmly welcomed Animal Husbandry update with a new feature. Now – besides looking after your animals – you can also name them!

And there’s more – on 12th September we released the Achievement Update 2.3.3 which added 28 brand new achievements to the game. Most of them are connected to quests that Jake receives in all three parts of Spirits of Amazonia, but there’s three of them connected directly to the Animal Husbandry Update.

Above the pet naming feature, patch 2.3.5 is adding many requested fixes – complete patch notes on Steam.

Once again – thanks for your wonderful support, Adventurers!