Spirits of Amazonia Part 3 just released on PlayStation and Xbox

The final piece of the thrilling trilogy on PlayStation 4 and Xbox One is available now. Jake’s adventure expands once again with another new tribe, added weapons, activities, and more.

The addition of the final chapter of the Spirits of Amazonia saga represents the most complete edition of the game on consoles. From Early Access to now, Jake’s experience in the depths of the Amazon has seen everything from the addition of co-op mode to the revered Story Mode. At the same time, we remained staunchly focused on engaging with player feedback. The result is a more refined experience with each update adding more functionality and player-requested improvements. Simply put, Green Hell as it stands today directly results from its passionate community and their valued feedback. 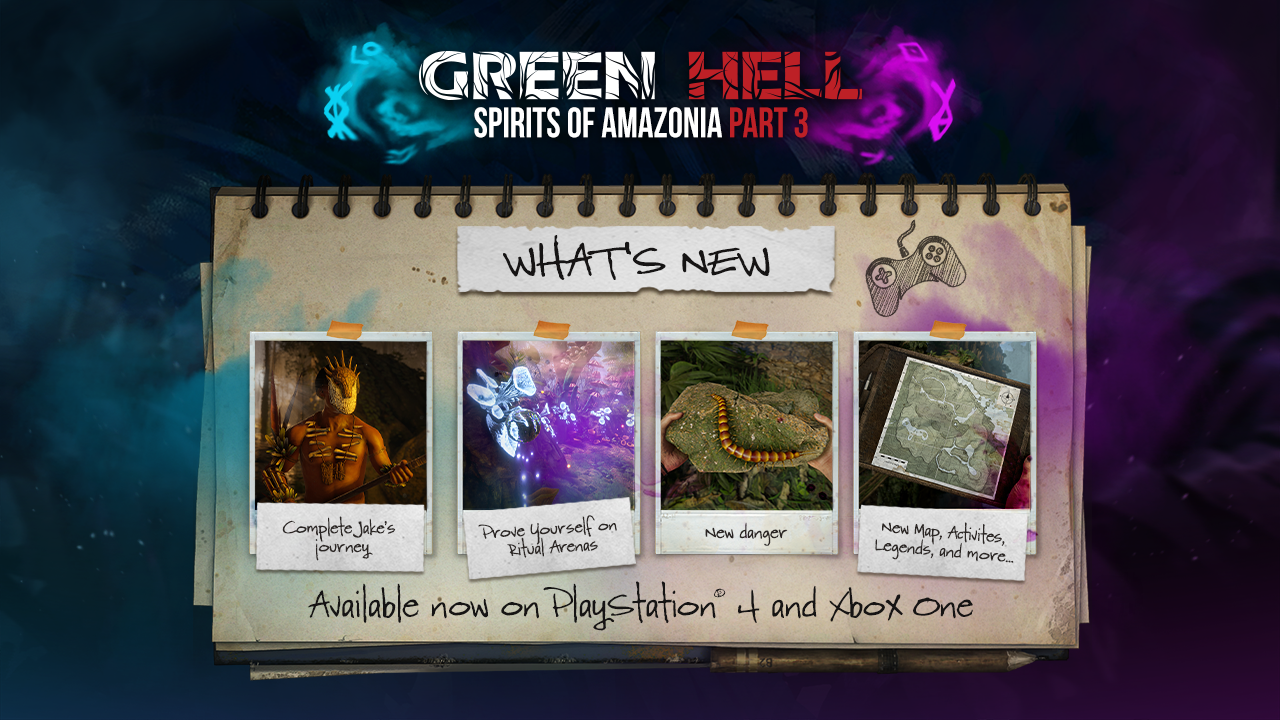 Parts 1 and 2 of Spirits of Amazonia arrived on consoles on May 25, 2022, inviting players to experience the events before Green Hell’s original Story Mode. Expanding on nearly every aspect of the game, players have been introduced to the Mu’agi and Un’garaca tribes all while exploring new locations, collecting and crafting new items, and completing challenging and diverse new quests. The arrival of Part 3 to consoles reveals the Habbacu tribe and brings Jake’s prequel adventure to its thrilling conclusion.

See below for more details:

Also, this Monday we revealed magnificent news: Green Hell has just exceeded 4 million copies on PC/Steam, PlayStation and Xbox. We’re deeply thankful for all the support, it’s our ongoing motivation for ceaselessly updating and enhancing the Green Hell experience!