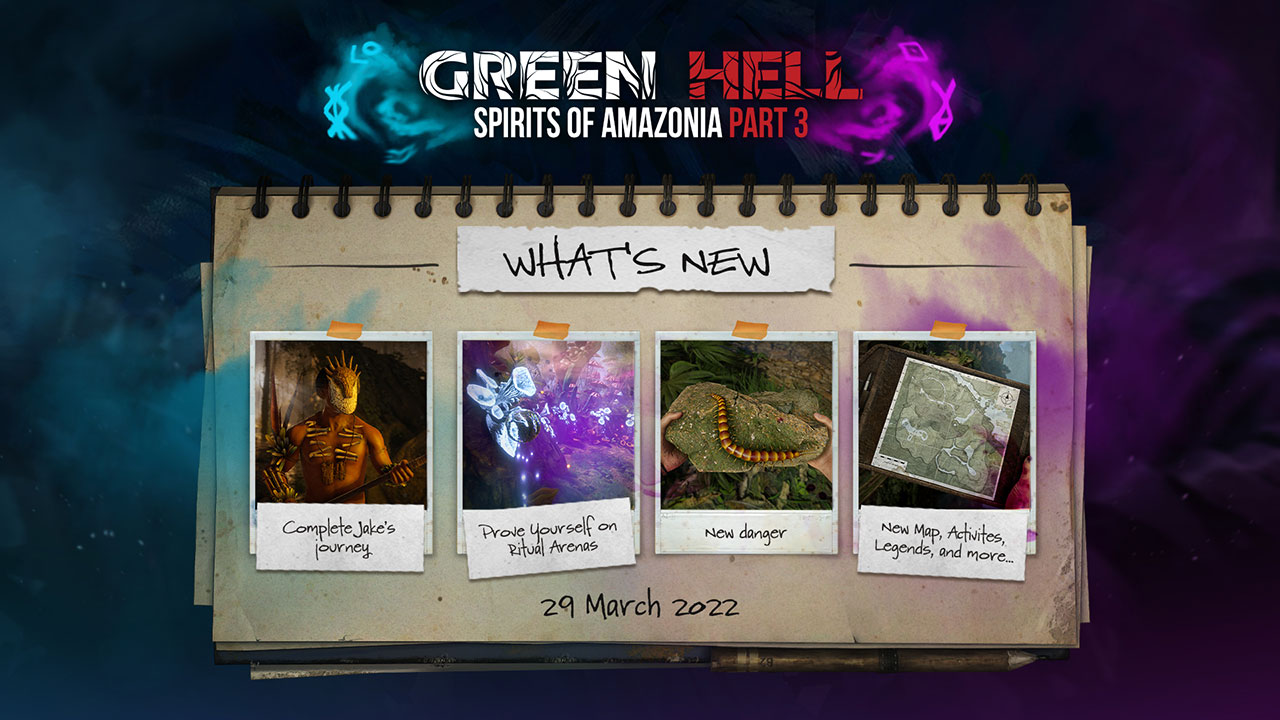 Creepy Jar is immensely proud to announce that the gripping story of the Spirits of Amazonia comes to its captivating conclusion today. Spirits of Amazonia Part Three, the final piece of the thrilling trilogy, is available now—for free—to all Green Hell PC players. Put on a mysterious new path by an enigmatic tribal Shaman, Jake’s journey has seen the introduction of new tribes, an expanded map, fearsome new weapons, dangerous new enemies, and the addition of challenging Tribal Legend quests. Now, Jake’s adventure expands once again with another new tribe, added weapons and activities, and more

While Creepy Jar is proud to say they aren’t yet done with bringing exciting additions and updates to Green Hell, the final chapter of the Spirits of Amazonia saga represents the most complete edition of the game to date. From Early Access to now, Jake’s experience in the depths of the Amazon has seen everything from the addition of co-op mode to the revered Story Mode all while Creepy Jar remained staunchly focused on engaging with player feedback. The result is a more refined experience than ever before, with each update adding more functionality and player-requested improvements. Simply put, Green Hell as it stands today is a direct result of its passionate community and their valued feedback.

In Part 1 of the Spirits of Amazonia expansion, players stepped back into the main protagonist Jake’s shoes as he befriended an Amazonian tribe for the first time. Part 2 continued the journey, introducing a new hunting tribe, new animals, and new weapons while propelling Jake even deeper into the epic Amazonian mystery. Looking ahead to part 3, Jake’s adventure comes to its thrilling conclusion. See below for more details:

Creepy Jar knows that their valued console players want in on the excitement, as well, and would like all players on Xbox One and PlayStation 4 to know that they’re still very hard at work preparing all of this content for them too.