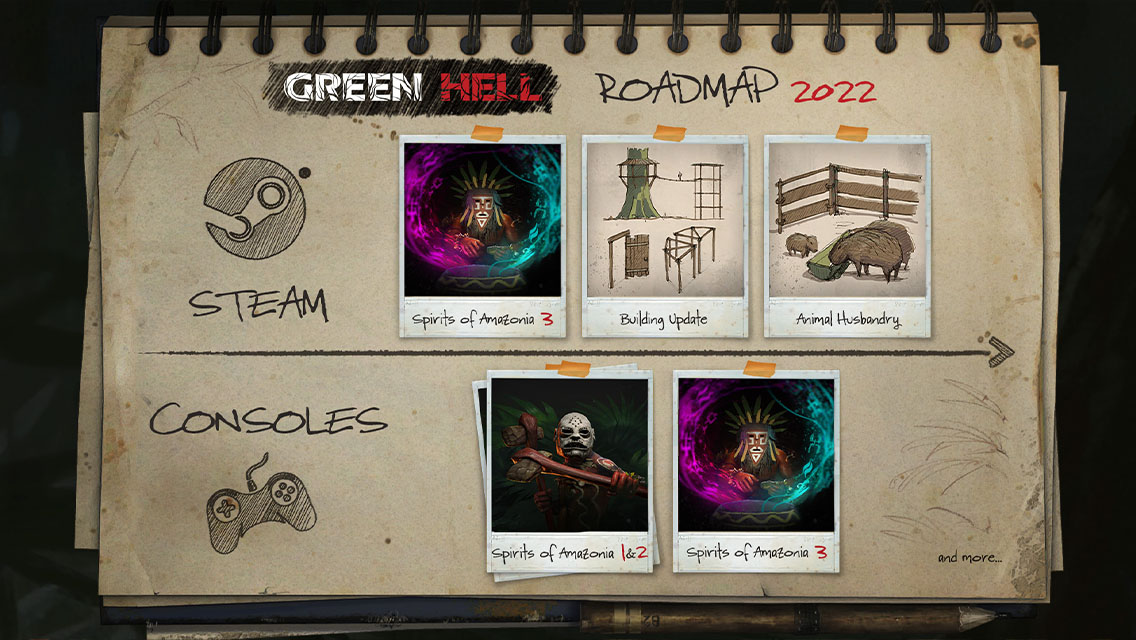 Warsaw, Poland – Dec. 15th, 2021 — Creepy Jar is pleased to give players a sneak peek into what’s on the way for Green Hell in 2022. Committed to improving and expanding on an already stellar experience, Creepy Jar’s Green Hell 2022 Roadmap highlights some exciting updates arriving for the PC and console versions of the game. More specific time frames for the arrival of updates on each platform will come at a later date.