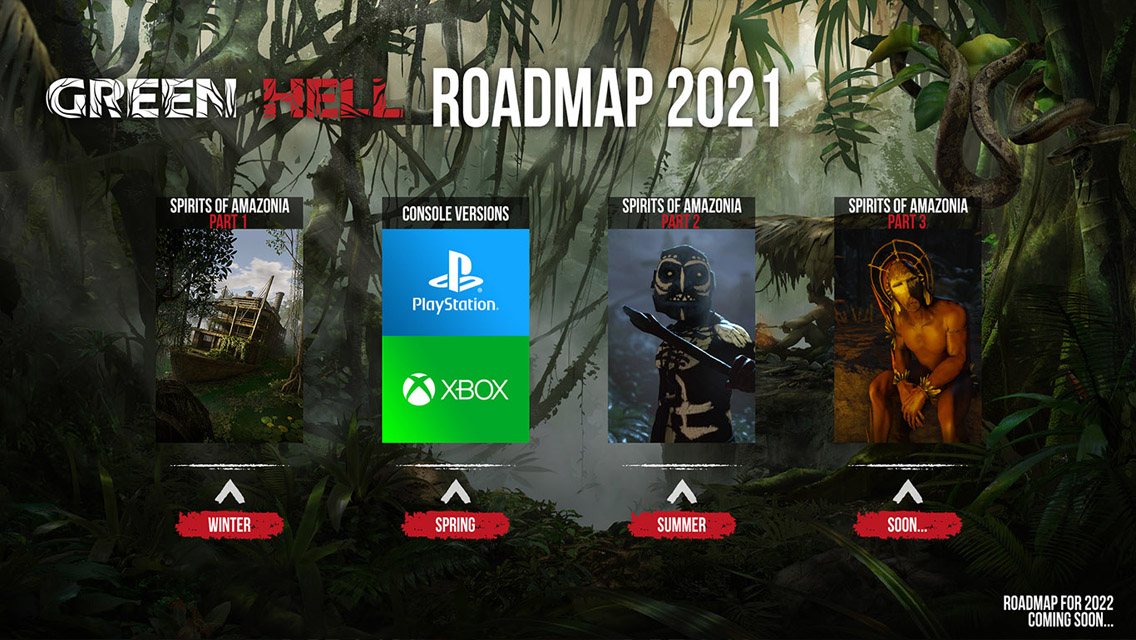 Due to the increased scale of the project, the release of The Spirits of Amazonia 3 on PC has been postponed. At the same time, the company also continues working on the expansion pack port for PlayStation 4 and Xbox One consoles.

– The first two parts of The Spirits of Amazonia expansion pack were a huge success, with their releases clearly driving up the number of copies of Green Hell sold on Steam. As such, player expectations for the final part of the expansion pack are definitely higher than the previous ones. Sales remain skyrocketing with a year-to-date total of 832 thousand copies across all platforms as reported on 23 August 2021. That’s why we pay special attention to the last, final Green Hell expansion pack – The Spirits of Amazonia 3 will be the biggest expansion pack prepared by us – comments Krzysztof Kwiatek, CEO of Creepy Jar.

The company is also continuing work on the PlayStation 4 and Xbox One editions of The Spirits of Amazonia 1 and 2. The long-awaited launch of Green Hell on PS4 in Asia has taken place in recent weeks. Moreover, Creepy Jar is also planning to release the game for next-generation consoles – PlayStation 5 and Xbox Series X|S. The Green Hell continues to arouse interest and gain new players – according to the preliminary financial results, in the first half of this year the company earned over PLN 11.5 million in net profit, and the cash balance increased to PLN 38.1 million.

– Financial security allows us to refine our products so that Creepy Jar is associated only with high quality. At the same time, it should be remembered that currently a smaller part of the team is working on Green Hell – the vast majority has already been shifted to work on Chimera – our next title, which will be a survival simulator in space – concludes the CEO.